The summer of love island has now come to its end. So what better to do than to investigate the type of digital marketer the love island UK 2022 cast would be?

We’ve all come across different marketers whilst working in our industry. All have other techniques, work for various brands and some have different, let’s say, different approaches…

This got us thinking at ROAR what would the Love Island cast be like as digital marketers? 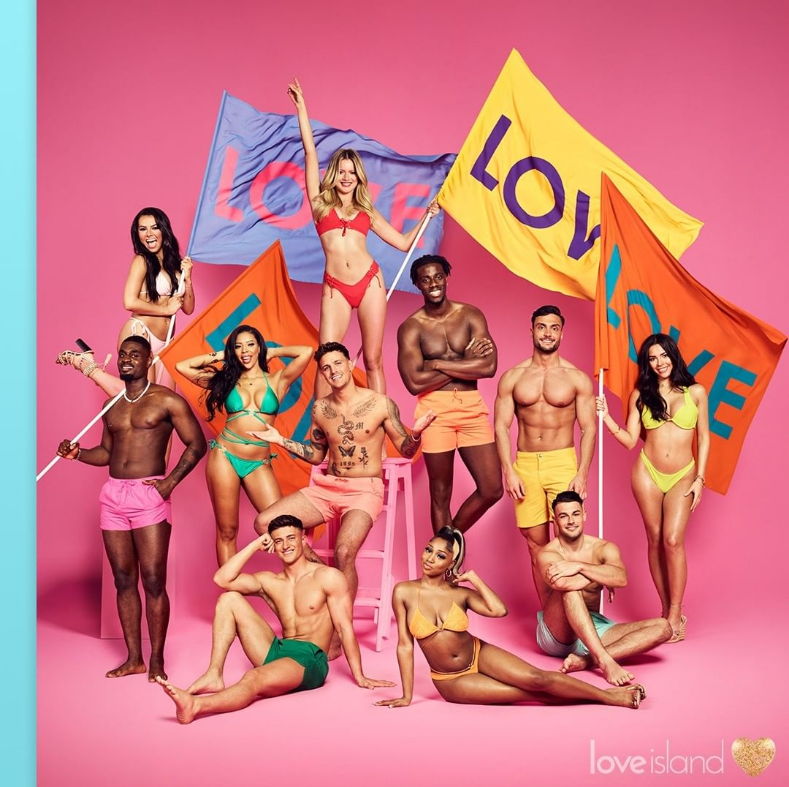 CAN I PULL YOU FOR A CHAT?

Luca bish sells fish, and he’s probably cracking at it, but selling SEO services? Nope, it’s just not as effective.

Luca would probably be a digital marketing executive and work in client recruitment. He would probably email you about 19 times a week, at least twice a day.

Just to check you’re still keen on his services whilst dropping hints that he needs to know what his competitors are offering you.

He has a brash and sometimes outrageous way of speaking and thinks he knows everything there is to know.

He regularly just says what we’re all thinking, but can accept when his methods are wrong though.

At network events, he’s very coy about his clients. If he sees you speaking to another agency he is on you like a hawk to keep you on his team.

He’s a keen bean both in his dating life and marketing, but the man means well. He’s genuine deep down and wants to look after your business like he does his summer romance.

Gemma Owen is potentially the most famous person out of the love island UK 2022 cast ahead of entering the villa.

She would be opening a brand new agency on the scene with the help of her dad (no shade). He would probably endorse it (again, no shade. If my dad were Michael Owen, I’d be expecting a bit of help in the career department too, who wouldn’t?).

She’s a bit of an underdog, at 19 years old with her own agency.

However, once she opens her mouth, you know there’s no messing with her. She’s almost like a 19-year-old trapped in a 35-year-old CEO’s body.

She’s not scared to say what she really thinks about other marketers or agencies. Similarly to how she acts in the love island villa, If she has to call someone out at a networking event she damn will.

She would probably wipe the floor with most other marketers in the area. All with a straighttalking, take it or leave it to approach with her clients.

No one would ever question her because, you know, Michael Owen?

YOU ARE A LIAR AN ACTRESS, THEY’RE GOING TO GIVE YOU AN OSCAR

Ah, Davide, the Italian Stallion, the man with the best comedic timing in the history of love island but in marketing, maybe it’s a flaw.

I have no doubts that Davide would be hilarious as a marketer as he is in the villa, but the timing would be an issue.

Davide would be the office’s eye candy executive; the office would love him. He’d bring in Italian snacks and lunches for everyone to try and be singing as he worked.

Clients would love him, but he would also fluff up with them daily. He would get the big boss in trouble A LOT and probably lose him a couple of clients due to his lack of filter.

Of course, he gets away with it because, you know… he’s Davide.

Davide believes marketing should be as transparent as possible providing an honest approach when speaking to clients whether it’s suitable or not.

Ekin Su is 28 and wants a CAREER; she’s ready to be the BOSS but only when it suits her.

Ekin Su probably fell into marketing after a date with a managing director.

She probably thought, ” Yeah, go on, then I’ll try it,” then she just stuck with it.

The job that is not the man, because she won’t work under someone she’s dating.

Ekin Su is brilliant; she’s very intelligent and moved her way up the ranks and is now an assistant manager of a digital marketing agency.

However, we all know how unpredictable she is. If she’s not crawling on a balcony to have a sneaky flirt, she’s Linkedin flirting. Winky faces on new job posts, scheduling one-to-one business dinners on Linkedin she’s all over it, as she should be!

Then when she’s got you in her circle, she’ll SNATCH your clients away and disappear, crafty and clever.

I feel like she does really care about her clients, though she has a vast heart, showing how motherly and caring she is towards her clients.

May the best heartbreaker win

Indiyah is the perfect businesswoman with a feisty side and a warm one.

She’s not scared to stand her ground in any situation, no matter how intense (cough, casa amor recoupling). I can imagine her being in a business owner role for a fashion marketing agency but more on the PR side.

She would throw the most spectacular and fun events for brands and businesses, and everything would be PERFECT.

She would never take half-arsed marketing. She’s absolutely on it, timing, quality, and communication Indiyah is a PROFESSIONAL woman running a business. You either contribute to it, or you see yourself out.

She is a bit too trusting (like she is with dami) with clients but ultimately she is just kind. She appreciates that sometimes things don’t always go to plan but knows when to call you out.

Paige is a determined woman. She knows what she wants, but I think sometimes she struggles to decipher who is honest and who isn’t.

For example, she would be so sweet when talking to clients, and they would probably fall a bit in love with her. However, she would likely struggle to deal with awkward clients.

The ones who fiddle with plans, change things last minute, and just leave you in the dark a little.

Paige leads with her true and raw feelings. She would be far too patient and kind to clients sometimes. So much so that it would bite her on the arse and leave the office in a bit of disarray.

For example; Paige could chase a client for a good month and still apologise for contacting them when they should’ve been responding!

Of course, she would mean well just like she does on the dating show!

She would do influencer marketing herself on the side, promoting fashion brands and makeup on her Instagram. Ultimately, she would love being around and brightening up the office during those early week blues!

Tasha has had one of the most unique journeys on the dating show in 8 whole seasons.

I’ll admit until casa amor I wasn’t her biggest fan.

Now before you get the pitchforks out let me explain why….in a marketing scenario.

Tasha in marketing is probably a fresh new graduate whose vision is a little like looking through rose-coloured glasses.

She’s rather naive and thought working full-time in marketing as a digital marketing executive would be smooth sailing. However, after a tough few weeks, she would develop.

She’s rather sensitive so the fast-paced client-based industry would take her by surprise at the start. In her first couple of weeks, she wouldn’t focus on her tasks or stick to what she should be doing.

So she comes across as a bit irritable to the rest of the team.

But, the transition from naive marker to the straightforward, boss is remarkable.

Tasha would eventually as a marketer show a real genuine spark. It would sort of just click in her mindset ONE DAY. It would shock everyone in her team but she would be creating content at different levels of speed. Collecting new clients one by one at networking events as her confidence grew.

Similarly to how she was on the show, Tasha needs to settle in her position or couple before she can really get cracking on.

Much like his antics with Coco in casa Andrew certainly acts rash in his decisions. I see Andrew as a Managing Director who gets into the business via family.

He’s a cool boss, casual, friendly likes to be on good terms one-to-one with all of his team. This can sometimes bite him because of the trust he has placed in your friendship the minute something goes a bit south he could snap.

He doesn’t like to be taken advantage of which is why he and Tasha had their issues. He was feeling like a mug and she was being cautious and settling into their relationship.

He can see when you use your friendship to kinda dig at him and use him a little bit. However, he’s the type of boss to buy you ice cream or lunch every Friday as a treat.

Andrew would hire a couple of friends here and there but would struggle to assert his role as the big boss. They wouldn’t last very long working there but they’d meet up for Friday night pints after work because he does really value the boy’s opinions as we’ve seen on the show.

Can you see any of the love island UK 2022 cast turning to digital marketing after an amazing summer?

ROAR is a full-service digital marketing agency that specialises in SEO and PPC services.

Why not set up a call with one of our team today?

How to Explain SEO to Your Boss