A click fraud scam is affecting the world’s most famous football club.

Using Google’s pay-per-click (PPC) advertising platform, fans of Manchester United have waged a digital protest against the club’s owners. The clicking scam is simple, peaceful and already hitting the club’s finances. Could the Man UTD case be the tip of the iceberg, and are more businesses at risk? We’ll look into the specifics, plus the wider problem of click fraud below. It involves the simple act of clicking on a PPC ad with no intention of making a purchase. Each click costs the ad owner a revenue fee. Multiple fraudulent clicks can obviously add up, especially when clicks run into the thousands. It’s also referred to as ‘ad click fraud’, or ‘competitive click fraud’.

The process can be done by individuals, organized groups, or automated ad clicker bots. Larger groups are known as click farms, and may use a mix of PPC click bots and humans. It can be difficult to detect due to accidental clicks or users clicking on multiple ads before finding what they’re searching for. But it’s estimated that around a quarter of all clicks are in some way fraudulent.

As we’ve seen, supporters of Manchester United have set up an online PPC click fraud campaign, aimed at hitting the club’s owners and sponsors financially. They’ve even given it a name – #NotAPennyMore.

It’s a simple but effective means of costing the club an inordinate sum of money through its ad spends, by purposely clicking the club’s sponsors’ Google ads.

This campaign is part of a wider protest against Manchester United’s current owners, the Glazer family. When the American tycoons took over the brand in 2005, a proportion of supporters objected, believing the move to be purely profit-led.

Last month’s announcement of the formation of a European Super League (ESL) – and Manchester United’s involvement in it – shocked football fans across the country. Although the idea has since been abandoned due to widespread ill-feeling, the fact that the new league was even considered – without consultation with the fans – was evidently the last straw for supporters’ groups. What’s the cost of PPC fraud?

ROAR Digital Marketing’s MD Michael Knowles estimates the financial loss to Man UTD’s sponsors as being over the £1 million mark. A staggering amount for a brand that is heavily reliant on sponsorship.

Do PPC scans happen in the wider industry?

Click fraud is likely to be more widespread than any of us realize. Even the greatest analytics’ experts can’t always find a specific reason for a peak or trough in traffic. Smaller cases that might cost a business a few hundred pounds might well go under the radar as they’re so tricky to spot.

In an annual report, it was discovered that:

It’s likely that click fraud occurs across all industries in some form, but it’s only the major cases that reach the headlines.

There are plenty of business leaders who set up PPC campaigns and then leave them running in the background. When it comes to prevention, more awareness of your spend is needed.

It’s worth running your ads in specific countries, as opposed to worldwide. Cases of click fraud often occur in poorer countries where there’s little infrastructure for detecting cybercrime. In a similar fashion, click fraud is more likely to stem from poor quality websites, so focus on reputable sites only.

The only guaranteed way to prevent the crime is to use dedicated click fraud protection software. It will not only keep your campaigns safe but it’ll save you a lot of detective work too. 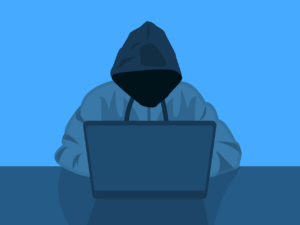 At present, pay-per-click fraud is difficult to prove so its legal status is hard to define. As a general rule, all forms of fraud are illegal, but automated forms of click fraud are tricky to trace.

When it comes to manual cases such as the Manchester United issue, the number of people involved makes prosecution unlikely.

At present, prevention is a better and more affordable option than pursuing cases through a court of law.

Google ads click fraud can be traced to a wide number of sources. As we’ve seen, the Manchester United case is down to pro-active supporters’ groups. Other large cases have been attributed to organized crime gangs. Sometimes, competitors click on Google ads. There are also individuals who partake in this as a hobby, and plenty of incidents that are coincidental and down to accidental clicks.

How can PPC fraud be detected?

Business leaders need to keep a close eye on their PPC campaigns and never get complacent. Look out for spikes in traffic, especially those that aren’t directly linked to the launch of a new campaign or trend. Check to see if you’re receiving high levels of traffic from the same IP address, or group of addresses.

Another warning sign could be a rise in clicks compared with conversions. Although clicks can’t always be paired with conversions, it’s fairly natural to see higher traffic lead to higher sales. If this isn’t the case, you should look deeper into your analytics to find reasoning – something’s going wrong with your campaign, even if click fraud isn’t responsible.

The most effective method of detection comes from installing click fraud prevention software. By downloading an app or using a click fraud monitoring plugin, this can help protect you against click fraud bots and organized human groups, detecting irregular patterns in your PPC traffic.

You need to know more about the Google Natural Language API

What are Canonical Tags and How to Use Them